Quo Vadis? I am Going Home: On Losing and Finding Your Place

By the summer of 1998, I had made the long journey from poverty to the edge of a new reality. In many ways, I was a stereotype. One of four children of a single mother making his way out of an all black “inner city” southern high school with a low graduation rate about to attend college at a prestigious all-white university. A football player turning to sports as a path to a different life. But I was wide awake. I had no dreams of the NFL or riches. I wanted to be a high teacher and a football coach at the same school that I was leaving. J.O. Johnson High School, and the 35810 zip code that surrounded it was the sum total of my imagination. I wanted to do for others what had been done for me. Provide a path to college and out of the neighborhood that had clouded out the aspirations of so many. Of course, I believed in God. Who else could help? My theology, if you can call it that, was immediate and basic. I asked God to help, and he said yes. I remember our exchanges. You keep me safe on the Fridays and Saturdays of the springs, autumns, and summers of the 90s and I would give you Sunday morning. He kept his end and I kept mine.

I remember that last day of life in Huntsville, Alabama. I was all packed in my Delta 88 ready to begin my new life at college. I was sitting in the living room eating my Fruity Pebbles or some off brand equivalent when a story appeared on the morning news. A fellow classmate of the class of 1998 had just been murdered. We had not been terribly close. We spoke when we saw each other and exchanged a head nod of greeting. We had spoken recently, and he told me that he was starting at a different college in Tennessee around the same time as I was. We had taken different paths, but wound up in the same place. But he was now dead, another black future lost to mindless violence. And I realized like I hadn’t before, that I was not going to college for me, but for every black body that never got the chance. I know I have not written much about Jesus, give me time.

As his family cried, my family helped me finished the work of packing, and a few hours later I arrived at the University of the South, more popularly known as Sewanee. I had gone from a school and church that was 99% black to a world that was 99% white. The monsters there were different. I found myself doubted and dismissed. There had been some debate surrounding my acceptance, due to my less than stellar transcript. Were there legacy students with an equally problematic pass? Probably, but my family had been trapped laboring under Jim Crow when the trustees and distinguished Alumni made their way to the Mountain as it was popularly called.

But much to everyone’s surprise. I did not fail. Instead, I succeed in achieving marks during my first semester that were the talk of our small circle of athletes and black folks. I suddenly found myself the counterexample. The proof that black students could succeed if given a chance. The white administration began to pride themselves on their open-mindedness. The awards that I won my freshmen and sophomore year were not so much for me as for them. Growing up I knew how to avoid danger. I could tell when a party was going to go sideways. I learned how to look into someone’s eyes and discern will this brother fights with his fist, a knife, or was he just pretending to truly be about that life? A wrong answer to that question could mean your life, but Sewanee contained different dangers. How do you maintain your sense of self when everything about you is different? I didn’t have my black church. I didn’t have a community that reminded me of who I was and why I was there. So I lost myself. Have you ever been there? Instead of trying to help my community. It became about proving to others that I could do it. That I was different.

And I wanted what they had. They were free of community responsibility. They could be whoever and whatever they wanted.

We had one black professor and his specialization was African American history. We could wander up and down the timeline and around the globe, but we were limited too telling story of our capture, assault, and enslavement. This was followed by a seemingly unending stream of laws and customs that threatened to rob the joy from black life. Do you know what its like to grow up in Alabama and not simply read about the history of Jim Crow, but to see its legacy made flesh in the broken lives all around you? Quite simply, I was tired of hurting. I was tired of weeping for my people, and there was a way out of the pain. I just had to be quiet and talk about something else. I made the mistake of believing that the world was changing for everybody as it was changing for me.

So when I had a dramatic adult conversion in college and turned to the Bible again as if for the first time, I loved the Lord and I still loved my people, but I am not sure that I was still ready to suffer for them, to orient my life around their freedom as well as mind. I lost myself.

Some years later in the summer of 2013, I again found myself on the way to school. This time I was on the verge of beginning a Ph.D. in New Testament at the University of St. Andrews. I had been granted the privilege of studying under N.T. Wright one of the top New Testament scholars in the world. This summer had also been rocked by a death, but not of a classmate. Trayvon Martin had been killed during the previous winter, and I watched the trial play out as I readied my family for an overseas trip. I remember turning to the Evangelical community that had been my home for the last decade or so and finding a disdain that was completely unnerving. 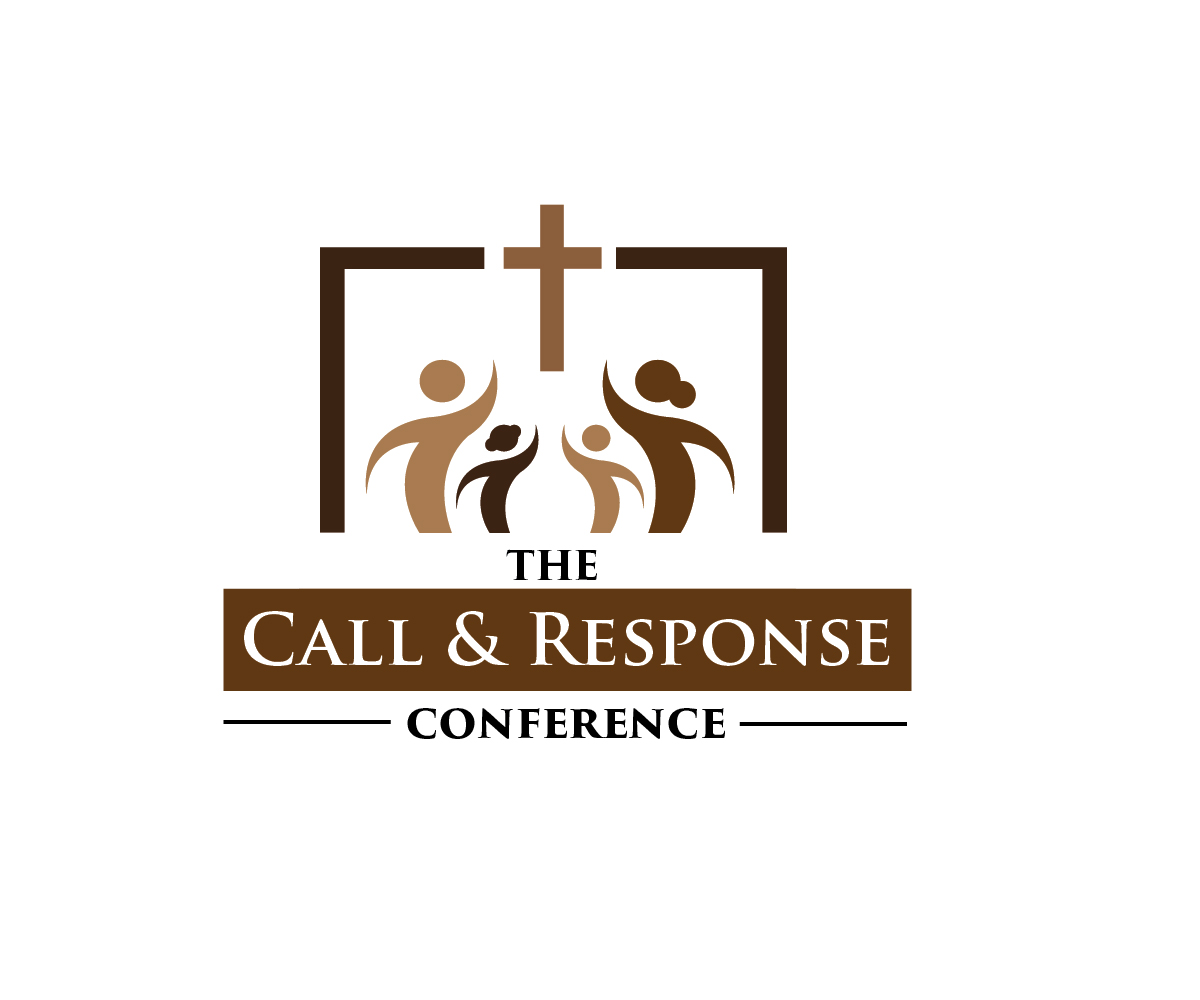 Yes, I had been relatively quiet about what I saw but we knew right? Everything that would happen some three years later was clear to those who had eyes to see. There is little to say other than I remembered. But what could I do? I had a career path. I was going to be a New Testament scholar. I was going to unravel the mysteries of Paul and the Law.

So I went to work on my doctorate, but again death stalked me. The back end of my time as a student was also what I have called the Second Red Summer. The first red summer occurred in 1919 when black soldiers return from war abroad to be met with the lynching tree and riots in an attempt to force us back into place. This time as we neared the end of the Obama presidency, it seemed as if every day there was another video of black boys and girls being mistreated at the hands of police. Do you remember McKinney, Texas? Apart from the global reality, there were the more immediate tales that filtered back to me of the disintegration of my neighborhood. So what to do? My research was a million miles away from any question my neighborhood was asking. Then I remembered this parable that Jesus told. It’s in the gospel of Luke:

“Suppose one of you wants to build a tower. Won’t you first sit down and estimate the cost to see if you have enough money to complete it?For if you lay the foundation and are not able to finish it, everyone who sees it will ridicule you, saying, ‘This person began to build and wasn’t able to finish.’ “Or suppose a king is about to go to war against another king. Won’t he first sit down and consider whether he is able with ten thousand men to oppose the one coming against him with twenty thousand? If he is not able, he will send a delegation while the other is still a long way off and will ask for terms of peace. In the same way, those of you who do not give up everything you have cannot be my disciples. (Luke 14:28–33)

There is a story of the martyrdom of Peter. It’s probably not true, but I like it. It says that Peter is fleeing Rome because it would mean certain death. He sees Jesus heading into the city and asks him, Quo Vadis? Where are you going? Jesus replies, I am going to Rome to be crucified again.

Do you get it? We have to go back. No matter the cost. It became clear to me that my scholarship had to change, even if it cost me the respect and admiration of my peers. I wasn’t going to spend my life arguing with long dead Germans. I was going to spend my life doing two things: Pleading publicly with my brothers and sisters to be reconciled to God. Our problems are deeper than white oppression. They are enslaved too. Secondly, I was going to do my best to answer the questions of the Bible posed by the community that raised me.

I do not know what you do. You might be a lawyer, a doctor, a teacher, an entrepreneur, or a coach. Whatever gifts you have, the community needs them. They need them and they need to know the source of your gifts. This is deeper than a tweet or a hashtag. This is the clear-minded assessment of the cost and saying that the life of our people is worth it, even when they themselves do not know. I am talking about following Jesus back into Rome, because it might be that we can do more in death (metaphorical and literal) than we do in life.

Esau Mccaulley, Director of AMEN delivered this talk at Call and Response 2018