White-People Lunch: An Asian-American finds his place at the Lord’s table

“You are what you eat”

I’m convinced one of the best ways to know someone is to talk about what role food
plays in their lives. Eating is social, it’s cultural, it tells so many stories about who we
are.

In the pilot episode of the ABC television series Fresh Off the Boat, a show inspired by
the memoir of Taiwanese-American chef Eddie Huang, a young Eddi 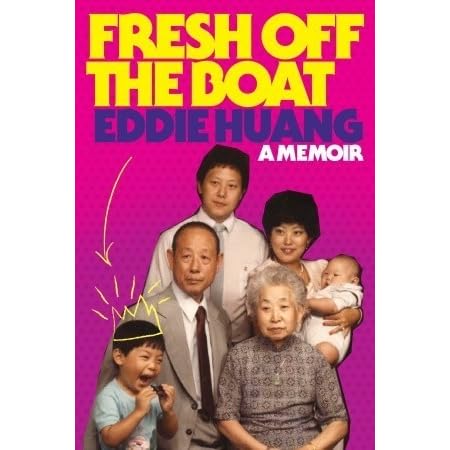 e struggles to find a group to sit with in the school cafeteria. As everyone unpacks their lunch, Eddie opens a container of home cooked noodles to the horror of his new friends. “Ugh, what’s that? Ying Ming (not Eddie’s name at all!) is eating worms!”  Having worn out his welcome, Eddie eats his Chinese food alone at the back of the school. In elementary school I had the same thing happen to me, except I brought teriyaki chicken and rice for lunch. The kids at my table told me that my food ‘smelled weird’ and poked fun at my strange lunch. I remember pleading with my mom, just like Eddie, to buy me Lunchables or ‘white-people lunch’ to try and fit in. The episode concludes withEddie’s reflection, “When you live in a Lunchables world, it’s not always easy eating homemade Chinese food, but it’s also what makes you special.”

It has taken me time to see my ethnic identity as something special. Many of my friends growing up in white suburbia never had to wrestle with not feeling American enough. Even though I was born in the United States (I’m actually yonsei, Japanese for fourth generation living in America), spoke only English at home, and didn’t even have an Asian sounding first name, it was often difficult for me to not feel like a foreigner, an outsider.

I felt caught between two worlds, my Asian heritage (I’m 1/4 Chinese, 1/4 Korean, and3/8 Japanese to be precise) and the predominantly white culture I grew up in (I’m also 1/8 Bohemian, which is an ethnic group in the modern day Czech Republic), with the
hyphen in Asian-American the tight rope I would often walk.

From a young age, I found assimilation to the predominantly white culture around me advantageous. No one ever told me this, but I discovered it to be true. Asians are often called the ‘model minority’ because they generally are well educated, work hard, and submissive to authority. I leaned into these stereotypes hard, even when they were wrong, trying to not stand out in the wrong way.

I remember one year in elementary school, my class had a foreign exchange student from Japan. Watching my classmates make fun on his ‘Engrish’ and exclude him from our playground games, I put pressure on myself to be the ‘cool’ Asian, the one my non-Asian classmates would befriend.

At the same time, my parents were intentional about helping my siblings and I connect with our Asian roots. Both are excellent cooks and prepared a wide variety of meals that were Asian, American, or creative fusions of both. My mother’s parents lived in Hawaii and visits there were extra special; with 56 percent of the state’s population claiming Asian heritage it was an immersion in pan-Asian culture. There were other times where my Asian identity seemed stronger than my American identity. On my father’s recommendation, I picked his mother to interview for a 4th grade project. We had an hour long conversation about her experience of being forced into an internment camp during World War II as a result of Executive Order 9066. She was living with her family on their farm outside of Sacramento, California when they were quarantined and eventually forced, along with 120,000 other people of Japanese ancestry, to live in barren conditions behind barbed wire and armed guard towers. Grandma Rose spent time at Tule Lake camp and the Topaz, Utah camp before eventually settling in Omaha, Nebraska.Listening to my grandma’s stories was a reminder of how complex and difficult it can be to be Asian-American.

By the grace of God, I was raised in a Christian house and many of my earliest memories are of church. My family were members of a non-denominational mega- church in Southern California. During my freshman year of high school, I felt God calling me to a life of service in the church. After some initial friction, pastor is not your prototypical Asian-American career choice, my parents supported this calling and agreed to send me to Wheaton College to study in preparation for church ministry. At Wheaton, I confronted my own understanding of my Asian ethnicity from a distinctly Christian perspective. Through reading Scripture, theological study, and conversations
with peers, I was challenged to not see my Asianness as a burden or source of shame,
but as a gift from God. We worship a God who loved the world into being with variety
and creativity; each person He made is unique and he delights in our different cultures,
personalities, and abilities. Even when I felt marginalized by society for being Asian,
God meant that to be a gift. I also became more aware of global Christianity. As big as the church that I grew up in was, about 20,000 members, the majority of its church leadership was white; I only remember seeing one Asian pastor. When I began to worship at an Anglican church in college, I dug into its denominational history. To my surprise, I discovered I was part of a Church where whites were the minority and almost every region of the world was represented. As of 2010, there are twice as many Anglicans in the global south as there are in Europe and North America. There are almost 1 million in Asia, which meant a lot of priests looked like me! The Anglican Church helped to ground me in a Christianity that was historic, global, multi-ethnic, and biblical. There I realized I am a citizen of the world-wide Kingdom of God first and foremost; I have strong ties both to the United States and my Asian heritage, but my primary identity is as a Christian. I began to long for the vision of worship in Revelation 7:9-10

After this I looked, and behold, a great multitude that no one could number, from every nation, from all tribes and peoples and languages, standing before the throne and before the Lamb, clothed in white robes, with palm branches in their hands, 10 and crying out with a loud voice, “Salvation belongs to our God who sits on the throne, and to the Lamb!”

Besides an awareness of the global and historical reach of the church, the other gift that
I have received in the Anglican Church is a robust understanding of the sacraments.
When we gather at the Lord’s Table to eat with Him each week, we don’t come “trusting
in our own righteousness, but in [God’s] abundant and great mercies” (Prayer of
Humble Access) because God has made space for us in the person and work of Jesus
Christ.

As a priest, one of my greatest joys is standing before the throne of God and inviting his people to dine at the Lord’s table, the marriage supper of the lamb. This isn’t ‘white-
people lunch’ where I leave my ethnicity behind to assimilate to the majority, but a meal for all God’s children across time and space. Following theologian William Cavanaugh,
in the Eucharist we are caught up in a cosmic mystery: “To consume the Eucharist…is
to be consumed, to be taken up into participation in something larger than the self, yet
in a way in which the identity of the self is paradoxically secure.” (Being Consumed, 84)
It is here I know I am always welcome at the table on account of Christ. I pray you will
share this meal with me, and all the saints, to God’s glory.